Over the Klamath River Interviews 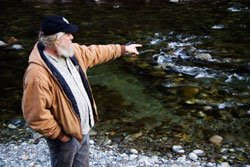 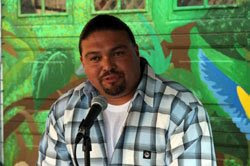 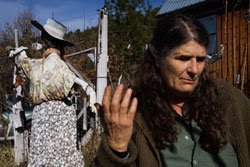 Klamath River interviews began in October 2008 and will continue winter 2010 to follow-up on the agreement to remove 4 dams owned by Pacificorp. The photos on the left were taken by David Lorenz Winston. Top: Petey Brucker points to the last of the spawning salmon at Forks of the Salmon. Merv George Jr delivers a speech in Ashland for Madrona Arts Freeing the Waters event, and Geba Greenberg speaks of her work in watershed restoration from her garden.

Interviews completed or scheduled include: