Over the Rio Grande Interviews 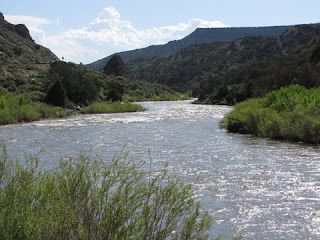 The first round of Rio Grande interviews began in October this year. The first visit was to the headwaters near Creede, CO followed by Taos, Albuquerque, Las Cruces, El Paso, Presidio and Big Bend. Environmental Justice is especially important in the lands of the Rio Grande with its history of indigenous people, centuries of Spanish settlement, aggressive exploitation by soldiers, miners, and others who came in the 1800s and later. New alliances and collaborations between groups that were previously antagonistic now abound, growing over the past decade especially.

contact: dhovertheriver598 {at} gmail.com
Posted by Diana Hartel at 11:05 AM